A referendum relating to the adoption of Whitchurch Village Neighbourhood Plan will be held on Thursday 16 November 2016.

The question which will be asked in the referendum is:

The referendum area is identical to the area which has been designated as the Whitchurch Village Neighbourhood Plan Area, and is identified on the map included with this information statement.

A person is entitled to vote in the referendum if:

The referendum expenses limit is £2,427.37. The number of persons entitled to vote in the referendum by reference to which that limit has been calculated is 1,108.

The referendum will be conducted in accordance with procedures which are similar to those used at local government elections.

Copies of the documents listed below and overleaf are available for public inspection during normal office opening hours at: 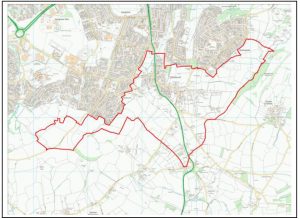 We make every effort to support local organisations and groups including Churches, Clubs and Businesses.

Please get in touch if you would like your group listed.